MOBILINK TOKEN is a Decentralized Mobile Service Company using blockchain technology. Digital monthly revenues based on Proof of Usage Rewards Earned from Mobilink Wallet/Exchange and MobilinkSocial Platform will eventually pay for all voice and data usage costs. With Blockchain technology Mobilink’s Proof of Usage concept will allow monthly revenues to be shared and re-distributed.

MOBILINK Tokens are earned by all users and eventually can be allocated towards mobile service costs and the balance redistributed throughout the entire MOBILINK Eco System. With Mobilink’s Proof of Usage System you may be able to eventually eliminate your phone bill while earning additional Mobilink Tokens. 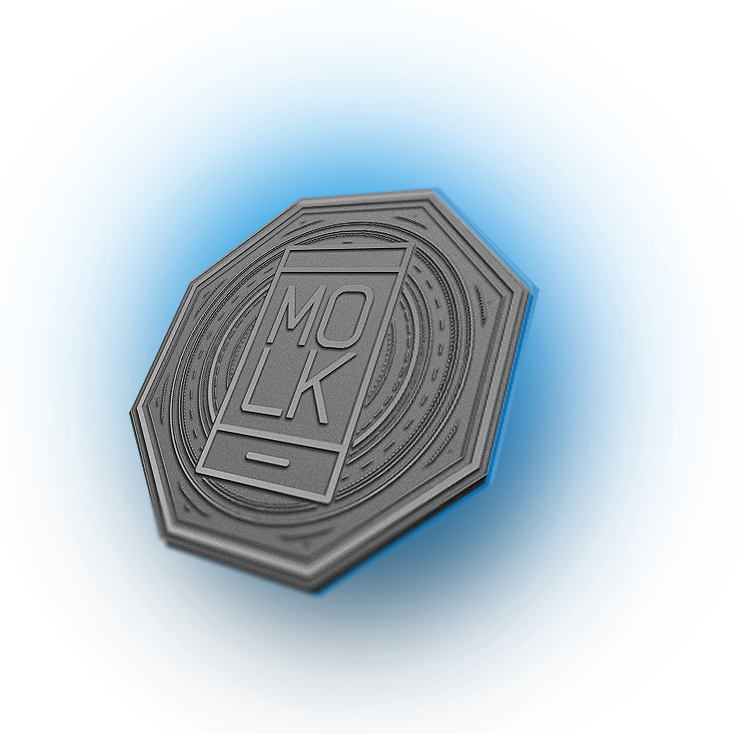 Mobilink Token is Under New Management, we would like to announce that we are re-organizing our business model and moving forward to a more productive and prosperous future. We understand that communication with Mobilink admin and staff has been lacking in the last few months, and investors have seen little progress.

However we want to assure everyone who participated that we, as the new management team want to make things right and therefore we will be introducing our new direction and business mode. We will also be allowing anyone who has requested a refund to receive their refund. For those of you who are waiting for a SIM Card, please take note; our deployment of SIM Cards has been delayed indefinitely due to technical delays, complications with the introduction of new 5G  and other unforeseen circumstances.

This is not to say we will never deploy our Mobilink SIM Card on a wide scale sometime in the future, we are simply stating we will eventually deploy Voice and Data Technology which may or may not include SIM Cards at a much later date in the future.

In the meantime we are deploying and launching an arsenal of exciting apps such as our Mobilink Wallet/Exchange and a social media platform MobilinkSocial with an innovative reward system. We will be making new announcements and updates in the very near future.

Please make sure you join our proper and official Telegram Group for updates, discussions and all matters concerning Mobilink Token.

Our groundbreaking concept ensures that ongoing Proof of Usage (“PoU”) intrinsically adds value to the coin. Mobilink-Token has built a one-of-a-kind eco-system that utilizes various aspects of cryptocurrency, a transparent wallet application (Mobilink Wallet) and a built-in crypto-exchange (Mobilink Wallet/Exchange), backed by a viable, highly sought-after product and service. Eventually Mobilink Token users will receive their monthly talk, text and data services at no cost to the end user. What makes this possible are four components that, upon combining, create a highly dynamic methodology to provide an increasingly stronger valuation as usage increases.

1.Mobilink Wallet
Store your BTC, ETH, LTC and MOLK’s in our Mobilink Wallet/Exchange, a percentage is rerouted via the PoU into the collective system that provides valuation.

2.Mobilink Wallet/Exchange
Just as with the Mobilink Wallet/Exchange, there is a percentage rerouted via the PoU to flow into the collective system providing the valuation. It is undeniable that our framework is ironclad and that our platform is remarkably unique. When we combine the above four components for valuation, Mobilink Token builds tremendous value through USAGE, INTEGRITY AND TRANSPARENCY.

3.MobilinkSocial
Mobilink Token is designed so MOLK rewards can be earned via proof of usage throughout multiple social networking, and communication avenues on the MobilinkSocial platform.

4.Digital Interface with Servers
The digital interface with servers, aspects involving variables with telecoms, and the switch command structure of linked roaming are a combined naturally occurring industry benefit tied into PoU. The results are a modality that produces monetary valuation of the coin, is not influenced by exchanges or the market. The value strictly comes from all the Mobilink Token users within the global network.

Usage and Participation directly correlates to the value of the token. We know there is a significant worldwide population who will enjoy the benefits of receiving rewards while using the Mobilink Wallet/Exchange, and Mobilink Social Platform. Eventually the Mobilink ecosystem infrastructure will also provide unlimited talk, text and data every month to all users. These are our users…our participants. As usage and participation increases, the value of the token increases. Through our own wallet and exchange, the valuation of Mobilink Token becomes an intrinsically transparent process whereby users benefit from exceptional wallet/exchange rates, no hidden time delays and no surprise or unpublished fees. The Mobilink Wallet/Exchange is fully transparent and only allows coins of equal integrity and transparency. This unique modality utilizes Proof of Participation as its means of valuation.

Simply put, our success model is based on usage = valuation. As the Mobilink ecosystem is affected by usage and participation, the collective increase in valuation promotes the overall increased value of the coin, hence affecting all Mobilink Token owners. In the same way, as usage and participation increases, the four methods collectively add to the coin’s overall valuation. More users means higher participation, which translates to higher value of the coins. The value of this project is enormous and is fully contingent upon usage. This streamlined program is simple, straightforward and is equally as transparent as the MobilinkToken, Wallet/Exchange and MobilinkSocial Platform.

We look forward to you becoming part of our Mobilink family.